Southwestern Oz (June 1990)
My surfing had been reduced to once or twice a year due to my career as a Naval Officer.  I could not find the time, or be in one place long enough to get me and my surfboard to the beach.   I had surfed in high school and a little in college.  But when I joined the Navy, and was going through flight school, surfing was the last thing on my mind.

As we readied ourselves for my first deployment to the western pacific, I did think about surfing now and then.  But not enough to bring a surf board on the aircraft carrier…space was at a premium, and as it was, I already had a bicycle in my stateroom just in case I had the opportunity to ride during one of our port calls.  When our port call list was made known to the ship’s crew and squadrons of Carrier Airwing 15, I noted that Perth Australia was on the list.  I did wonder if there was surf in that part of Australia.

Once at sea, I lived in a four man berthing.  Three other junior officers and myself, all from VAW-114 (A squadron of Airborne Early Warning and Control Aircraft), it was a smallish space (Navy for room) where there were two stacks of two unit bunk beds and also four wall lockers which doubled as desks.  I am not complaining, this is luxurious by Naval Standards, enlisted men live in berthing with up to 300 other men in a space.  We had the PLAT camera (where all aircraft launches and recoveries were recorded and shown live), a non-military TV with a VCR, and a stereo. Oh, and there was a sink for brushing teeth and shaving.

About half way through our 6 month deployment, the senior roommate moved out.  He got a better room (a two man), and we had a guy from another unit move in.  He was older than us, his callsign (Nickname) was “YB”,  which was short for Young Bob.  It fit, YB looked 15 even though he was probably 34 or so.  He was a surfer from San Diego and he was pretty serious about it.  He had brought with him, a board, VCR tapes of surfing which were set to excellent  music like Dead Milkmen, Butthole Surfers, Concrete Blonde, The Sex Pistols, and the Ramones….just what I needed to get my surfing juices percolating again.  Guys like Jonny Boy Gomes and Martin Potter ripping the tops off waves with their powerful vertical cutbacks, this really made me want to surf again.

Shipboard life is like groundhog day for 6 months.  Anything different is good, and the injection of surf thoughts definitely fit the bill.   Other than working (which was ground job and flying), eating, working out, and sleeping…there wasn’t much to do.  So we watched surf flicks.

We had been off the coast of Oman for a month or more and we were counting down the days until the next port visit, Perth Australia.  YB was talking about hiring a professional surf guide and going south to Margaret River for a couple days if we could each get leave.  Things worked out and YB, Trey, Nigel, and I, were all able to take four days leave and travel with our surf guide named Ian, to Margaret River.

As we were all getting off the big ship anchored in out in the bay off Perth, the seas began to rise, and boating on and off the ship was soon secured.  This was unfortunate for those crew members  still on the carrier that wanted, and had permission, to go ashore.  Boating was secured for almost three days.  But we lucky few, were all off the ship early as we had a pressing engagement to show the flag, a cocktail social with the local dignitaries from Perth.

We all woke up hung over and thirsty from the party and some additional bar hopping in our uniforms.  They make lovely beer in Australia, XXXX (pronounced “four-ex”) and Victoria Bitters to name just a few, which were both up to the task and went down all too smoothly.  At any rate, we were still pickled when we were picked up at our hotel by Ian in his Toyota Twin Turbo Diesel Land Cruiser.  In tow was a trailer with eight or ten surfboards, sleeping bags, barbeque, wood, wetsuits, and who knows what else.

The four hour trip was spent with us spinning sea stories and Ian telling us stories of 15 to 20 foot Margaret River, and the trip he just returned from guiding Martin Potter and some friends up the coast from Perth to somewhere north of Port Hedland.   Martin was held down and shoved under a reef on this trip, the hold down dislocated his shoulder  and he almost drowned.  Ian also casually mentioned the “Man in the Grey Suit” around Margaret River, which really had me on edge.

We all knew the seas were up since there was a huge storm in the southern sea, and Ian told us we were in for a treat.  Big Margaret River…The Bombing, Main Break Margaret River was where we were going.  I had heard about this place from YB, supplemented by Ian, I was nearly shaking when we pulled onto a narrow double track and made our way down to the carpark (dusty parking lot in Aussie).  By the time we got down to the golden cliffs overlooking the Bombing….we were all ready to surf.  However, one look at the bombing, almost a mile offshore, and I was shaking my head no.

Ian was chuckling and getting wetsuits out of the trailer for us….I told him there was no way I would try surfing, could try surfing the bombing.  Ian told me “No worries mate, we can surf over there.”  He pointed to the west and said there was a cove that broke nicely when the bombing was firing.  Sure enough, a little ways away, there was a cove that was a mile or so in diameter cove that had a reef in the middle, it was perfectly producing 3 to 5 foot A-Frames.

The water was cold, clear, and the reef was not all that shallow.  It was perfect all day, every day that we surfed there.  I had not surfed in more than a year, and even I caught a few small rights.  During one ride, I carved up and down the crystal clear wave until I caught my front rail, flew head first towards the water, and got smashed down on the reef.  I distinctly remember opening my eyes and seeing the blue-green tentacles of anemone as I pulled my face away from the reef.

After surfing until dusk, we went to a local motel that specialized in feeding and bedding down surfers.  We had all the beer we would need, dinner, camaraderie, and slept four to the room in wooden, rough framed bunk beds.  I think Ian slept in the Toyota to increase his profit margin.

I got up early the next morning and went running, a luxury away from the shin fracturing tie down chains that keep eighty million dollar aircraft secure in rolling seas.  It was seriously cold for someone who had just spent the spring and early part of summer along the blazing hot and windless equator.  But the rolling and open terrain, and smell of giant eucalyptus that lined either side of the road kept my interest off the cold.  I headed towards the beach which was much farther than I was going to run, but I ran a couple miles and turned around.  There was a dead animal on the side of the track (Aussie for dirt road), I could not tell what it was, just that it was very dead.  Aussies haul the mail when they drive.

After breakfast, we went to the same cove again and had mostly the same results.  Beautiful A-Frames that two guys could takeoff on simultaneously and head right and left.  It was sweet.  We surfed for about five hours, got out and ate something Ian made us (I don’t remember exactly, but I think it was actually vegemite sandwiches).  After an hour or so, we all put on our wet, cold, wetsuits and surfed until our shoulders were completely blown.  The Bombing exploded the first two days we were there, but none of us dared.  Ian paddled out, promptly picked off several, and came back and said there was nothing to it.

Dinner and beers followed, there was a distinct lack of female companionship around, and the single guys were a little bummed about that.  That night, we met two young Aussie professional surfers that Ian knew.  YB knew them as well as he kept up with this sort of information.  Ian asked our group if we would mind bringing the pro’s along the next day?  None of us had any issues with that, and there was ample room in the Toyota.  We would be going farther south in the morning to surf a new spot.

We went to a place near Black Point and as usual, it was preceded by the long drive down the typical dusty double track after leaving the highway.  As soon as we got parked, the pros were firing up and asking us if we wanted any smoke.   Well, we told them we were all in the US Navy and there was a zero tolerance policy, not that any of us would have anyway.  But they were as high as kites hitting the surf….I guess it works for some people, because they ripped like I had never seen anyone rip in person.

I did not ride one wave (I got smashed a number of times), but I watched these pro’s, they would absolutely tear the tops off each and every way they caught.  The water was even clearer if that is possible, and light green, being a beachy (Aussie for beach break), it also felt more exposed to the open ocean.  I was seeing shadows all the time and got completely skeeved out!  I decided I’d finish up my day watching the pros from the sandy cream colored beach.  The trip back to Perth was uneventful except that before we got the pros out of the water and into the Land Cruiser, they both had to fire up again.  I have no idea how anyone could function like that, but these guys were truly amazing to watch.

Ian thanked us, and we thanked him for a great trip.  We had another month and a half of cruise, and who knows how many missions to fly before getting home.  It was good to unwind in Southwestern Australia.  The people were friendly and unassuming, the food and drink was good, inexpensive, and the country was more beautiful than I can put into words.  I’d gladly go back again if I ever had half a chance.  I wish I could find Ian’s last name, I’d like to hire him again if he was still guiding “seppo’s” and other surfers around Western Oz. 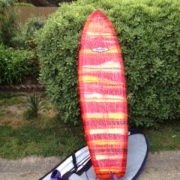 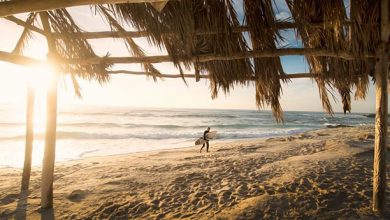 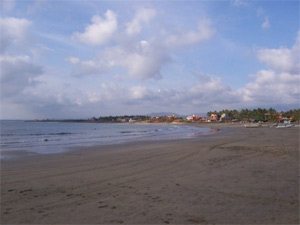