The funny thing about fairy tales, is that we forget about them so fast
And we grow up, we buy things, we build up fences
We sell our innocence and forget our dreams
We forget who we are in order to be something we’re not
And we’ll keep believing in this so called truths, until we forget how to live
Or until we open our eyes, and wake up.

Occasionally I browse through the newest material that’s posted on Vimeo, and a few days ago I came across a trailer for a new surf film.  What I saw blew me away.  The visuals, music, and narration blended together well enough to give me goosebumps–and it’s only a 1:30 long surf film trailer.  I had to contact the filmmaker, Loïc Wirth, and ask him about the project, as well as a little bit about himself.

Where are you from? Where are you based out of now?
I’m from Florianopolis, Brasil. I base myself here for a part of the year, and in a little place in the south of France during the other part.

When did you start making films?
I started when I was about 16 years old stealing my favorite shots of my favorite surfers from different films, and then I would put those together the way I liked it, with the song I liked, just to sit and watch with my friends afterwords. Then in 2009 I got to grab a camera for the first time and start getting passionate for filming.

In your opinion, what makes a good surf film?
That’s a tough question…I don’t think there’s a formula for it. I guess If there was, it wouldn’t be that fun to watch…

What’s the story behind Intentio? How did the project come about?
I don’t think I would be able to put it in words, think I’ll explain better in the edit…
This project came in my mind since the first stolen films I told you about…I always wanted to try to share a message through my videos…Then when I started working with surf films, I was always having to please a brand, or my employer, and I never really liked it.  Now it’s the first time I’m able to express myself honestly, without having to follow rules or trends.

What locations did you film in? What was your favorite?
New Zealand, France, Uruguay, California, Hawaii, Brasil and Indonesia.  It’s hard to pick a favorite, they all meant a lot to me…But Indo does have good beer and waves so…

When is the planned release?
The second semester of 2011

What camera equipment did you use?
A Panasonic HVX-200

Is this your first film? What other projects have you worked on?
Yes, it’s my first independent film.
I worked on webisodes for Surf Europe Mag, Red Bull.tv, and last year I had the chance to participate along with surfer Marco Giorgi on Taylor Steele’s Innersection Blue.

Song: In a Broken Dream, performed by UNKLE, released on the album End Titles…Stories for Film. 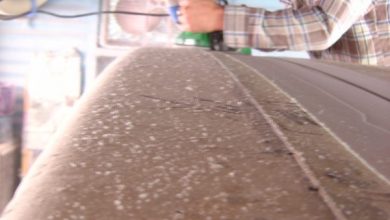 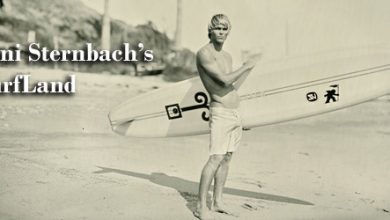 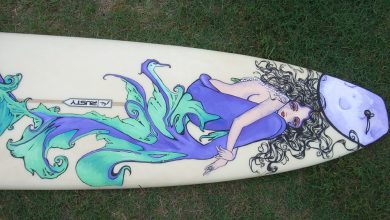 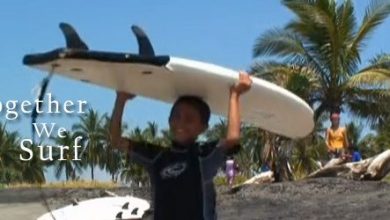