Alex Joyce (who recently authored an article for us titled More Than Waves) is currently finishing up his film entitled Together We Surf, which chronicles his experiences volunteering at the Mision Mexico Refuge.  We got a chance to talk to Alex about his film and ask him a few questions.  Stay tuned for more information about release dates and film festival stops.

1.)  When did you start filming and how long did the project take?

I started filming in Spetember of 2010, all in all I shot for 3 months and we are currently editing the final cut.  I began thinking about this project last May so it’s been just over a year all in all.

Yes this is my first, aside from the odd little youtube vid!

3.)  What inspired you to make a film about the orphanage?

Well that’s part of the story.  I had been working in science for years but my heart was never really in it, it was more out of necessity than anything else. Finally, I reached the stage where I had enough, I wanted to do start doing things on my goal list, something more fulfilling.  I wanted to volunteer, to surf more and to make a film.  I decided this would be the perfect opportunity to tell my story and the kids’ stories too, the fact that Mision Mexico runs a surfing programme for the kids really helped to seal the deal!  I hope this film inspires people to volunteer, to understand how surfing changes lives and to follow their dreams.

4.)  How often have you gone to Mision Mexico, and will you be back?

Only once but I’ll definately be back, I still think about those little guys and miss them a lot!  I feel truly lucky that I got to experince life with them for a few months, it opened my eyes, and it’s a dream come true to be able to help them with this film.

5.)  When can we expect your film to be released, and where can we see it?

The film will be released in the fall in the London Surf Film Festival.  I will tour surf film festivals across Europe and the US in 2012, so there will be dates on the east and west coasts.  I’ll keep you posted via my blog togetherwesurf.blog.com/?

6.)  For the techies out there, what camera and editing setup did you use?

A Sony A1U..a hardy little buck it survived the kids, the beach, the weather and the traveling!  I have a fantastic editor who is helping make the dream come alive, he uses Final Cut software.

7.)  What were some challenges that you faced in making this film?

The were two huge challenges in making this film, one was keeping the smaller kids away from the camera, as soon as they saw it they wanted to grab it or eat it!  Also trying to balance the time between your demanding duties as a volunteer and filming was a fairly monumental undertaking.  Often I’d have one of the kids in one arm and the camera in the other and be serving food or doing homework at the same time!

Synopsis: Surf Instructor, Alex Joyce sets out in search of a more meaningful existence to work as a volunteer. Destiny brings him to the Mision Mexico Refuge, an orphanage dedicated to the welfare of Mexican street children, which employs a programme to rehabilitate the kids through surfing. Though the memories of troubled pasts endure, the kids find an outlet to be liberated through surfing; it breathes hope into their lives and futures. Surfing also strengthens the bond between Alex and the kids, transforming their lives. 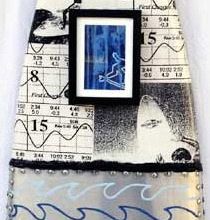 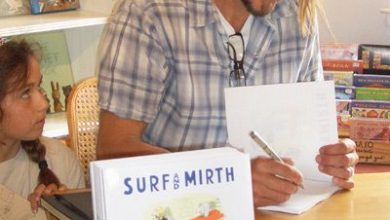 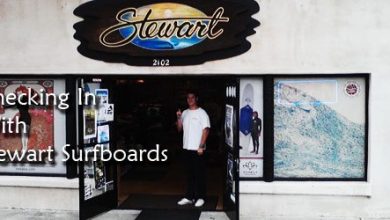 Checking in with Stewart Surfboards 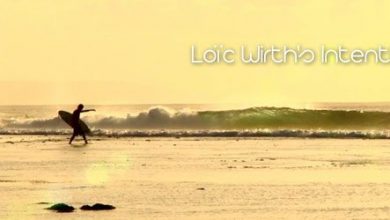